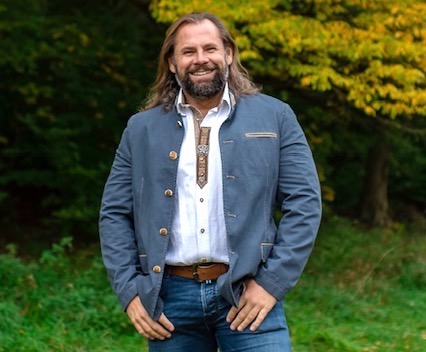 SolOcean is growing! Jay Joubert joins the team around Gerold Guger as project manager with immediate effect. He will not only take care of the development of the final design of the floater, but is also responsible for the allocation of certificates or insurances and the management of the test sites for the floater. A native of South Africa, Jay Joubert is well versed in project management, having spent much of his professional life in the construction industry.

After graduating with a degree in Construction Management (the equivalent of a master builder in Austria), he spent around 20 years building houses of all kinds in the United Kingdom. At the end of December 2016, he set up his own business and moved from London to Vienna. He joined the SolOcean team in the fall of 2021 and is excited about the challenging new role: “I am honored to contribute to SolOcean’s success and can sleep well at night knowing I am making a difference. I can make sure that people in South Africa and around the world will soon have a green and affordable alternative to conventional electricity. All that is needed is water surfaces. How great is that?”

A man with a vision

His background provides Joubert with his primary motivation: “I grew up near Kruger National Park in South Africa. Countries like South Africa are much more affected by climate change than the rest of the world, even though they produce comparatively few emissions. My country of birth struggles with water shortages. Climate change and evaporation are serious problems. I want my three-year-old daughter to still be able to gaze at rainforests and elephants, as I could. We simply can’t afford to do nothing anymore.”

The 43-year-old knows what he’s talking about; after all, he spent 20 years building houses. The construction industry is responsible for a large share of CO2 emissions; according to a UN study, buildings accounted for a whopping 38 percent of all CO2 emissions worldwide in 2019, combining construction and their operation. In his private life, Joubert has seen the devastating effects of climate change often enough in his travels, even in rainforests or on islands. It was time for him to stop being part of the problem and become part of the solution. “This is honestly the best opportunity of my life to actively fight climate change,” said Joubert, a country music fan. “The solar floater allows us to generate emission-free energy and fight evaporation.”)